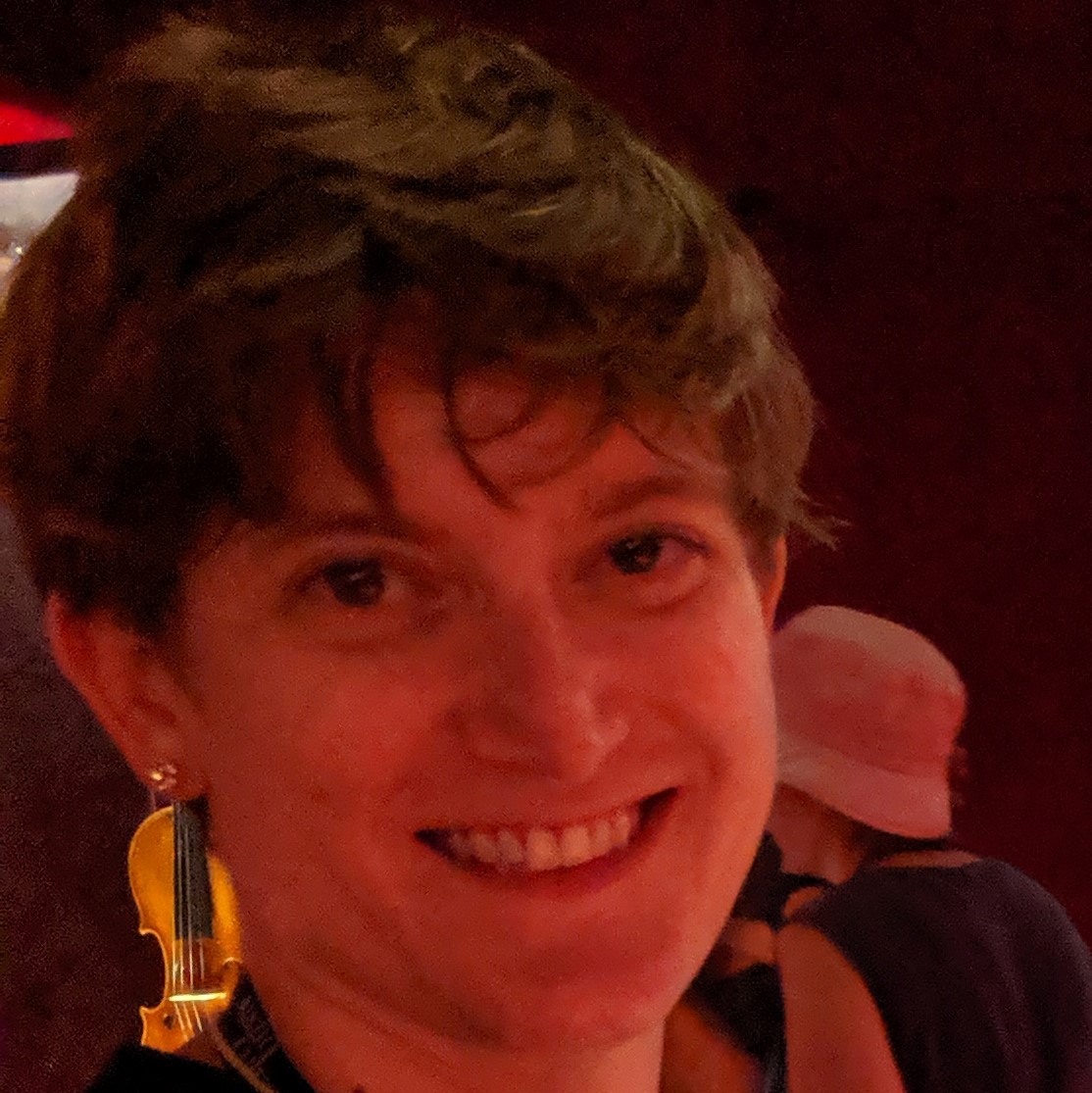 Breana Bauman was known in Chicago for hosting bi-monthly chamber reading parties with her friends.

Her motto was, “bring a stand, a bottle to share, and a new friend.”  In Chicago from 2006 – 2012, Breana was on the faculty of the Merit School of Music, a comprehensive non-profit music school, coaching beginners through conservatory level in private lessons, chamber music, and orchestral repertoire. Prior to the Covid-19 pandemic, Breana was on the faculty of Boston University Tanglewood Institute’s newest endeavor, the Junior Strings Intensive, coaching chamber music and private lessons. She is delighted to be joining the Rivers faculty to coach this passion in young folks.

Breana moved to Boston in 2012 to study with BSO concertmaster, Malcolm Lowe, and following a nerve injury – worked with Bayla Keyes and the Muir Quartet. Her Ohio performance studies were with Stephen Rose, Roger Chase, and Kyung Sun Lee. Acclaimed by the New York Times for her “excellent work throughout” as a frequent concertmaster at Tanglewood Music Center, Breana brings the perspective of an accomplished musician to guide a child’s playing to its full, artistic potential.

In 2014, Breana Bauman founded her private violin studio in Cambridge, MA so children could get the best start possible by studying music with an enthusiastic, extraordinary performer. Her studio ranges from Suzuki beginners to the pre-college conservatory level. Read more at cambridgesuzuki.com. The values she nurtured at Oberlin Conservatory inform her teaching: diversity and inclusion, practicing anti-racism to make our world a better place for everyone.

A former Suzuki kid, Breana earned her Master’s Degree at Cleveland Institute of Music majoring in violin performance with Stephen Rose, principal in the Cleveland Orchestra, and Suzuki Pedagogy Studies. During that time, she studied Suzuki with Kimberly Meier-Sims and in France with Christophe Bossuat (Director of the European Suzuki Association). She has since taken multiple professional development courses with Ed Spunger, author of Helping Parents Practice, and completed multiple enrichment courses through the SAA: a SPA course with David Madsen, Music Mind Games with Michiko Yurko, and Growing Equitable Music Studios (GEMS) with Clara Hardie.

Breana is an active member of the Suzuki Association of the Americas and former vice-president of its chapter affiliate, Suzuki:MA (organizers of the Massachusetts Suzuki Festival)