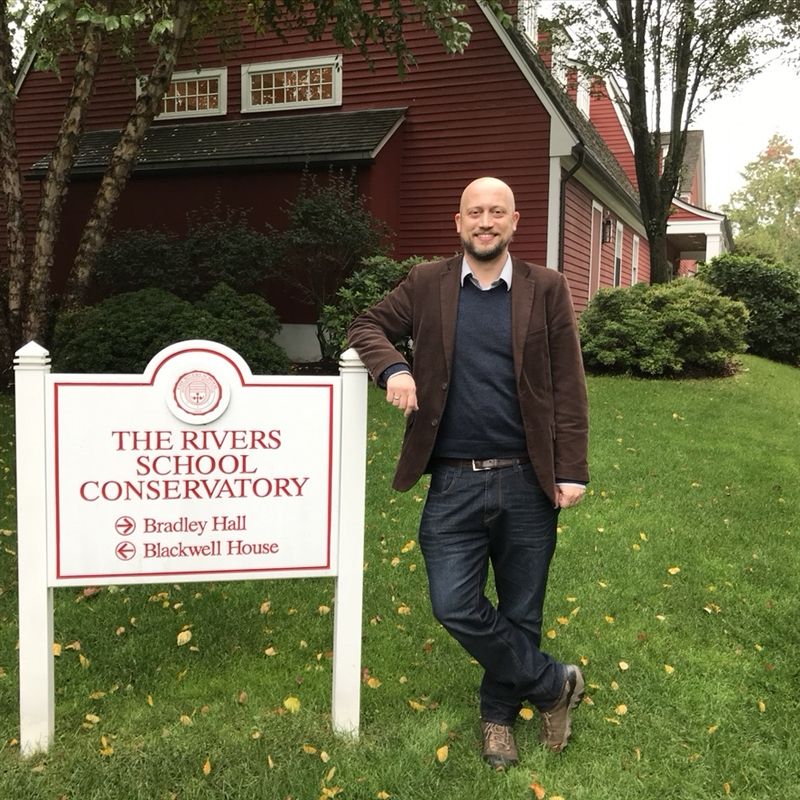 These students face a particular set of challenges and opportunities, and Heck is well positioned to understand them. As a teen, he was headed for a performance career (his instrument was the violin), and he left his small Connecticut hometown for Milton Academy so as to take advantage of its proximity to Boston and its music opportunities. An injury during his senior year of high school derailed his performance ambitions but not his commitment to music: After attending Oberlin, where he earned a BA in music, he went on to graduate studies in musicology at Brandeis, recently completing a PhD.

Heck is attuned to the experiences of young students who aspire to a career in music. “In high school, you can feel as though there’s only one way to have a music career. You practice a million hours, you go to a conservatory, you practice a million more hours, you get an orchestra job. But particularly now, when the music industry and the cultural landscape are changing, the roles musicians can play and the ways people can be musicians are expanding.” One of his tasks, he says, is to help students see what sort of professional pathways might lie before them.

Heck has broad ambitions for the Conservatory Program. He says that, in the hiring process, RSC Director Gabriella Sanna made it clear that the new director would need to bring a high level of commitment to the role: “They wanted someone who gets up in the morning and thinks about the Conservatory Program—someone dedicated to the program who can make it their number-one priority.” Heck is excited to do just that.

Although he is only in his early days, he is already formulating ideas for how to take the program to the next level. His goals include creating interdisciplinary academic courses that would appeal to students both inside and outside of the Conservatory Program; creating a sense of community within the program; supporting the social and emotional growth of young musicians; and serving as a knowledgeable go-to for students who need advice and guidance about their music careers.

For her part, Sanna is delighted to have Heck on board. “We’re very fortunate to have found someone with Matt’s impressive background and credentials,” she says. “Moreover, it’s just a big step forward to have a dedicated director for the Conservatory Program, one who can really focus on growing the program and raising our profile in the community and in the Boston area.”

Heck is eager to see where that growth can take the Conservatory Program and its students. But he’s also impressed with what he’s already seen in his short time at Rivers. “What Rivers has, and what I’d like to foster even more, is a sense that our musicians don’t drive themselves out of fear or competitiveness, but out of inspiration, and that they can support and inspire one another to be the best musicians they can be.”