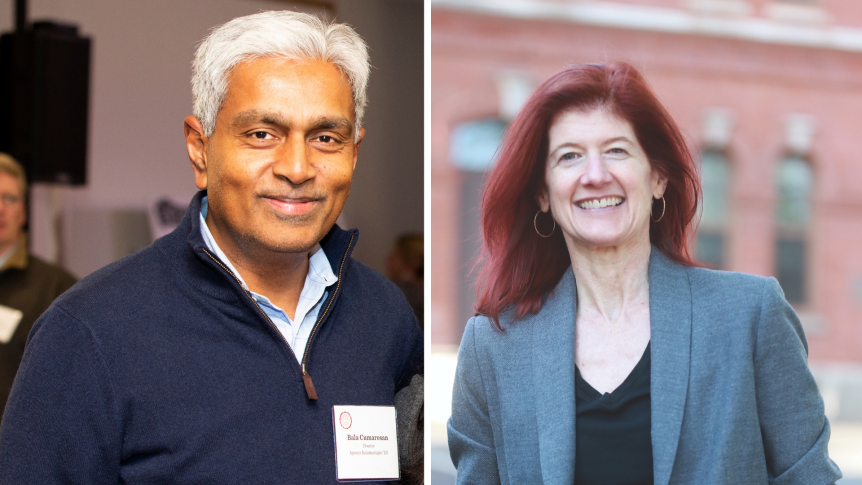 Did you know that The Rivers School Conservatory has an Executive Committee, made up of 15 dedicated community, staff, and ex-officio members who are instrumental in helping the organization to succeed? The committee functions as a governing body, meeting regularly to oversee the operations of RSC. Committee members also work with RSC Director Gabriella Sanna to institute goals and policies and advance RSC’s mission through financial support.

Since 2019, Bala Cumaresan has led this influential group as Chair of the Music Executive Committee. In this capacity, he steered a successful RSC visioning process and championed the unique offerings in RSC’s composition department. Cumaresan first came to The Rivers School Conservatory as a parent, when his daughter Apsara Balamurugan ’20 started her composition and piano studies with faculty members Stephen Halloran and Lindsey Robb. Then, when Balamurugan became a student at The Rivers School in 2017, Cumaresan joined the Rivers School Board of Trustees. He has shared his wisdom and expertise not only on the Music Executive Committee but also also on the Finance Committee.

His leadership has been especially critical during the past year: Cumaresan helped RSC to navigate the challenges of the pandemic, and his steadfast commitment ensured that RSC could continue to provide the highest quality music education to its students. During his tenure, RSC has enjoyed notable developments, including doubling enrollment in the Suzuki program and establishing the ChamberMusicLab. RSC is deeply grateful to Bala for his unwavering support.

Cumaresan recently facilitated his final meeting as Committee Chair, after announcing that he will be stepping down from the role. The spot will be filled by Alison Hall, parent of Conservatory Program alum Natalie Hall ’19. Alison Hall joined the Music Executive Committee in June of 2020 and has made a difference in many ways already, most notably as an invaluable member of the RSC Visioning Committee. She has generously agreed to lead the subsequent RSC Strategic Planning Process in her new role. Hall also serves on the Enrollment Management, Marketing, and Diversity Committee of the Rivers School Board of Trustees.

Cumaresan says, “Alison’s values are fully aligned with those of RSC. She is an advocate for inclusion, and a strong believer in the transformative power of music and the arts in students’ lives.” Both Cumaresan and RSC Director Gabriella Sanna are confident that Hall will make an excellent chair, and they are thrilled to welcome her into the position.