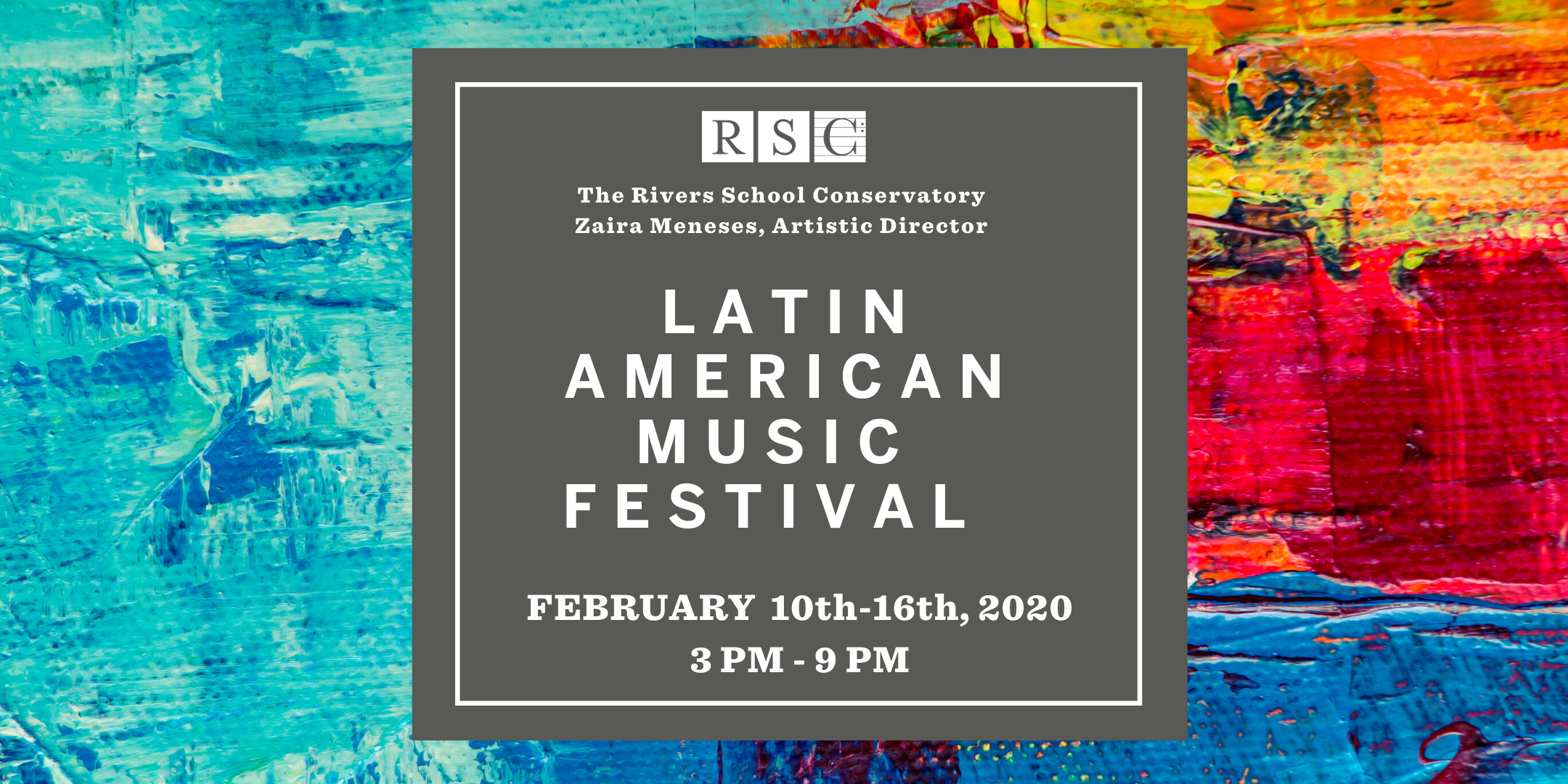 From concerts to classes, the Latin American Music Festival will be an exciting week of education and cultural exchange at RSC.

The Festival will include composition classes and guitar ensemble rehearsals, a master class by Sharon Isbin, evening performances, and more. Register via Eventbrite for the full week (as either a non-RSC student or RSC student), or reserve tickets for the evening concerts that you wish to attend:

Artistic Director Zaira Meneses is an internationally-acclaimed classical guitarist and guitar instructor at The Rivers School Conservatory. Through her entrepreneurial musicianship, she has emerged as an ambassador for and link among intellectuals from México, where she grew up, and the U.S, where she currently lives and teaches.